So many of us are doing more cooking at home these days, and most of us are getting a bit bored by the same old recipes we’ve been using for years. 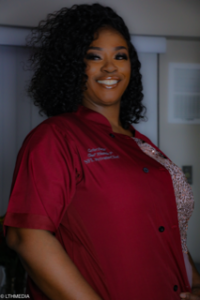 San Francisco super Chef Rhonda Plummer has a remedy for that menu malaise. She’s the professionally trained chef and creator of Cater2uSF, LLC, and is known for catering for high-powered corporations including Facebook, Google and Pinterest. She even has her own television show on the Vuuzle streaming platform.

She has also developed a number of delicious spice blends to perk up your meals, including Citrus Salt, Creole Spice and Latin Chile Spice, But the one she’s highest on right now is her new Adobo Spice (and it’s also on sale for $10.00).

Adobo is best known in the Philippines, but you’ll find it in Caribbean and Spanish dishes as well. It could be considered a cooking technique, a marinade, a spice, a sauce or a rub. In Chef Plummer’s kitchen, it’s a combination of sweet paprika, onion, garlic, thyme, cayenne, pepper blend, oregano, cilantro, sea salt and brown sugar.

Hers is a versatile spice that Chef Plummer suggests using for:

And in case you need a little additional inspiration, Chef Plummer has kindly provided the following recipe for a delicious and simple barbecue rub. 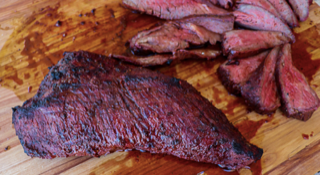 Combine all dry ingredients in bowl, mix well to combine.
Brush steaks with olive oil, and then thoroughly rub and coat each side of steaks with spice mixture. Refrigerate overnight to allow flavors to marry.
Preheat grill to 450°F, or preheat cast iron grill over high heat on stovetop.
Place steaks in hot skillet, and sear both sides until spice rub is golden brown, about 4 minutes. Place skillet in oven, cook steaks until desired doneness.
Remove from oven, let rest 5-7 minutes before serving. Serve with cumin black beans and rice.

If you’re tired of the same old recipes, why not try something new from renowned chef Rhonda Plummer? Here are 5 ways to use adobo.