Not Duke! Not your Boo! Not workouts! You will be amazed at the things people say they’d really rather sacrifice to keep their smartphones. What have we become?

That’s the question you’ll be asking yourself when you read the results of a survey conducted by SimpleTexting. They chatted with 1,000 smartphone owners across demographics in all fifty states to find out exactly which pleasures Americans would sacrifice to keep their smartphones. The results are jaw dropping.

In our humble opinion, here are the five most shocking things people would rather give up than their smartphones:

The following infographics will tell you a little more about just how attached we the people are to our mobile devices: 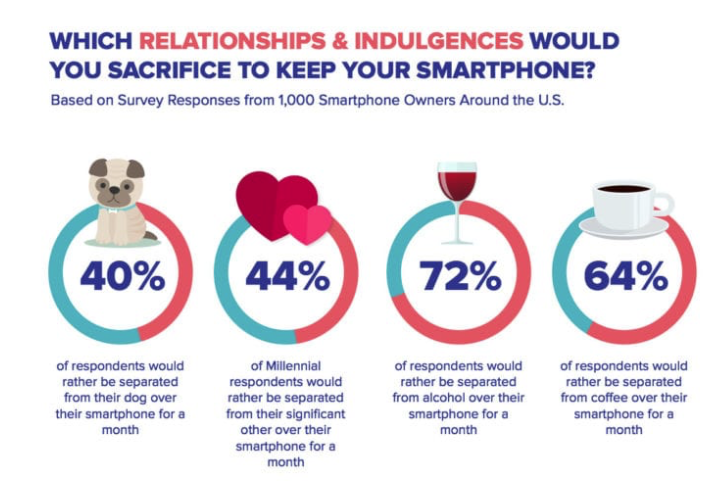 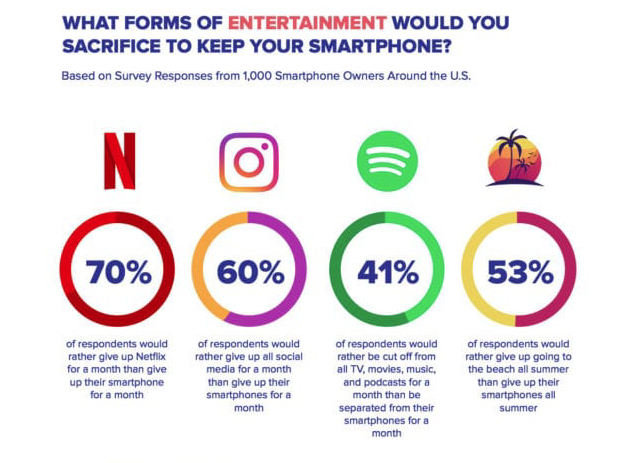 Have we gone too far? Are we hopelessly addicted? You won’t believe these 5 shocking things people would rather give up than their smartphones.